EBS is an informal federation of national European bamboo societies, each of which has its own administration and membership. There is no central administration the society coheres through its annual general meetings, which are held in a different country in rotation.

THE BAMBOO SOCIETY maintains links with other bamboo societies throughout the world and holds a collection of their newsletters, which it receives by exchange.
Regular weekend visits and days out are organised for members in the UK to attend where we exchange information plant material and friendship.Apart from bamboo most of the current members have interest and knowledge of many other plant genera.

It is intended for the future for the Society to become interested and involved in bamboo art, architecture and engineered products alongside the plant interest. 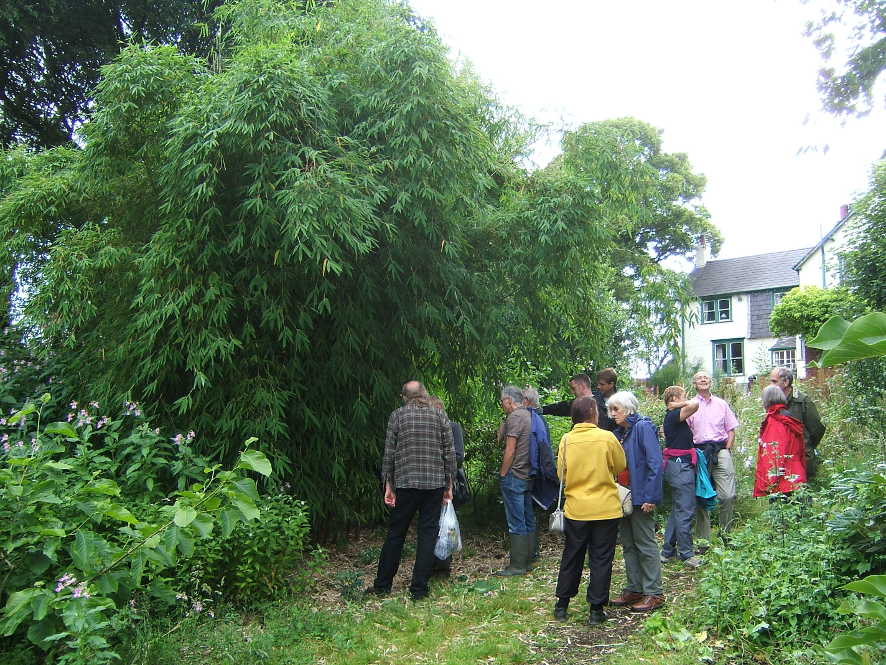 Society meeting at Ness Botanical Gardens to view the recent planting of Borindas.

(L-R) John Bailey of Wheal Jenny, Neil Armstrong of Tremenhere Gardens, Dale Culbreth of Coastal Tree Care and thanks for photos for this website Andrew Mott with camera. Members are invited to send in their photos to the webmaster. There is page with photos that was started on 7th January 2017 go to https://www.bamboo-society.org.uk/project/bamboo-picture-gallery/